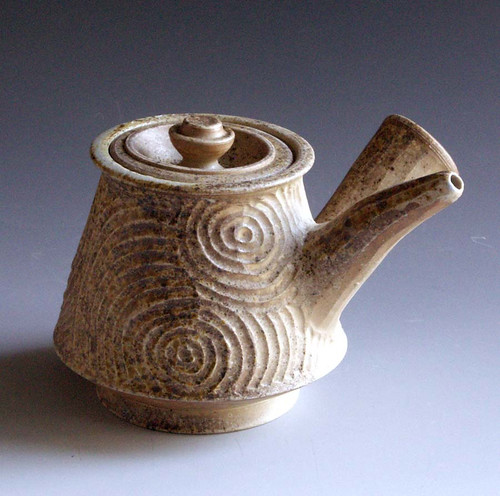 Artist Statement
The platters I have sent to this exhibition combine several ceramic traditions. The first is, The Palace Art Pot. Palace Art Pots were made to demonstrate wealth and power. They were made to tell a story, to commemorate an event or a person, and to demonstrate skill and challenge the abilities of the artisans who made them. The second tradition is the Fish Platter. Fish platters were a staple of the Neo Arts and Crafts Movement of the 1950s and 60s. The third and last tradition is the One-Line visual and verbal Pun, Platters of the ceramic Funk Movement.
Humor through the use of the visual pun was a mainstay of the California Funk movement. Humor in clay has a tradition as old as the use of the material. I have always felt that humor has been given short shift as a serious emotion. Art work that uses humor and has been actively excised from collections of serious art. It may be that we do not understand the function of humor as well as we understand the function of the other emotions.
In the work presented I have tried to inject some humor into the decorative / commemorative object. The platters are big to give them a slightly overblown sense of their own importance and to be able to be viewed from a distance . They are meant for the wall and the table. The large size to fit the importance of large gatherings.
I have tried to replace historical patterns with objects reduced to pattern. Some of the objects are extensions of my environment or reflections of personal interests. Images of turn of the century technology, (the Machine Age), are a personal favorite. Subject matter ranges from humorous depiction of everyday objects to gender stereotypes. My abilities as A draftsman are limited but seem to be adequate for the kind and quality of image that the subject requires. They have a cartoon look as opposed to the crisp complexity of fine china.
The clay body, a red earthenware, is heavily potted and makes no secrete of its variations and flaws. The glaze work is in the Majolica style and is done very much like a watercolor on soft paper. The pots are fired twice. They are bisqued to cone 05 and glazed to cone 04. Some may have an additional firing to Cone 018 for low temperature luster and enamels. They are fired in an oxidizing atmosphere using an electric kiln.