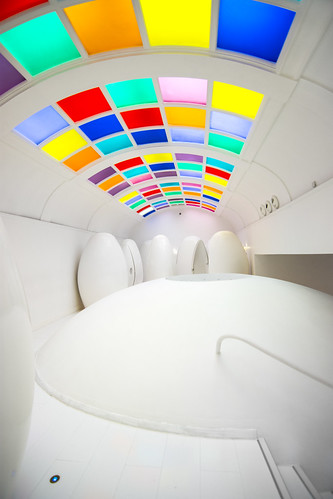 Sticking with the unique toilet pods at the Sketch restaurant in London for a bit longer. As you can imagine I took a few………

On a technical note, my camera struggled to get an accurate colour temperature reading and most shots turned out quite pink. Luckily though when you’re shooting RAW you don’t need to worry as this can be adjusted in post-production.