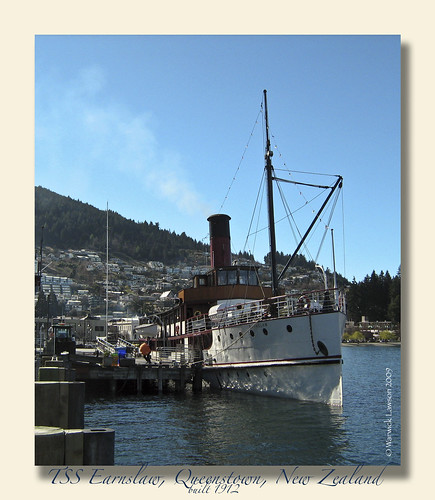 This beautiful steamship still plies Lake Wakatipu, now with tourists for dinner cruises etc. This is her setting off for an evening cruise in September 2009.
From the NZ maritime records (www.nzmaritime.co.nz/earnslaw.htm):