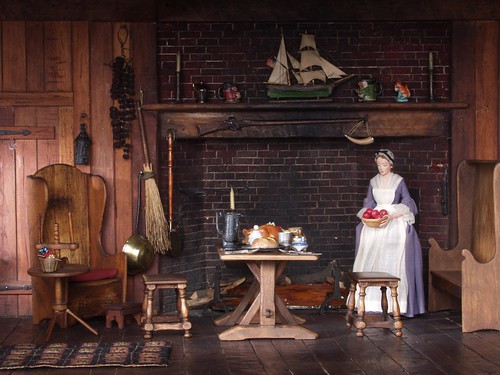 For protection against long New England winters, early American settlers built houses with low-beamed ceilings, small windows, and solid doors. Walls and floors were constructed of unpainted planking, and furniture was pine or maple. A large fireplace for heating and cooking was the main feature of a colonial kitchen. The high-backed chairs provided a shield against winter drafts. Most colonial homes had a flax-wheel for spinning linen thread from which cloth was woven. Many New England homes had glass “witch’s balls” hanging beside the door to keep out evil spirits.