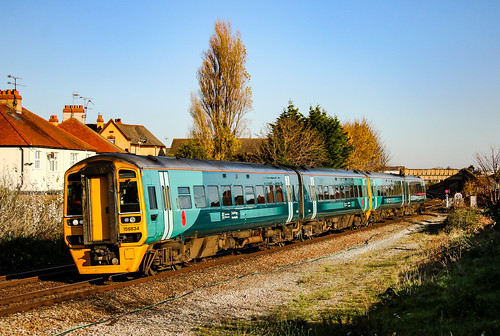 It’s pretty well known that I had little love for Arriva Trains Wales. From their exploitative fares policy to their testy customer services, they just weren’t a nice company to deal with.

Well, actually no, it doesn’t.

And, I can’t actually believe I’m saying this, but…

In the five weeks that have passed since the WAG finally got their dirty hands on the trains, it’s absolutely gone down the pan.

Up here in never never land, timekeeping is just something that we fondly remember. Y’know, a bit like Izal toilet paper or Maxpax coffee. I’ve had the misfortune to travel on six TfW trains this week. The best performer was 17 down.

Cancellations are rife, again on the coast we now regularly have a ninety minute gap in eastbound trains at tea time. Two or three days a week, every week.

And, for the third Saturday in a row, there’s cancellations and short running pretty much over the entire TfW network. Except for around Cardiff, of course.

The Cambrian is only two hourly, although they promise not to turf you out at Wolverhampton this week, half the Pembroke and Fishguard trains are caped, Wrexham to Bidston, the much vaunted North East Wales Metro, is only two hourly. Imagine that, a two hourly metro. Good eh?

And the North Wales to Manchester Airport trains will go no further than Oxford Road, the advice for pax heading to the airport is to use Northern or TPX forward.

Has no-one in Cardiff seen that, for the 915th Saturday in a row, the RMT Manchester and Northern division is having another unpaid holiday, and you’d be lucky to get on the TPX step boards as a result.

And you can forget going to Blaenau Ffestiniog by train. Again.

And there’s still not a peep about when our promised 10% fares reduction will come. Probably after they’ve gone up by 20%…

(Historical note, fares in North Wales were hiked in the late 1980’s to pay for those nasty things up above. Oddly, when the trains were paid for, the fares didn’t go back down. Instead, they flogged the trains to a bank for three parts of fuck all…)

So, you’ll be bored by now, so I’ll finish here. But to Arriva Trains Wales, I humbly apologise. You are only the second worst Welsh TOC, not the first.

Sums it up, really.

Just one more thing, memo to Carwyn and Ken. Ain’t it funny how you two have crawled back into the woodwork since it’s all gone tits up?