Lumberton is a ghost town in the East Kootenay part of British Columbia. The town is situated south of Cranbrook. Lumberton was once known as Watts or Wattsburg after A.E. Watts. Watts was in charge of the town after the turn of the century. Watts was the owner and founder of a lumber mill. Later, he sold his mill to B.C. Spruce Mills Ltd., who rebuilt the mill and updated it. Around that time Lumberton was born with a population of 225. Lumberton contained a post office and general store. Three dozen company houses were on the townsite. When the area became barren of timber, the town of Lumberton became deserted. In 1973 the cement walls of the mill could be seen as well as abandoned homes.

Louis / Lewis Hilton was a blacksmith living in Wattsburg, B.C.

Link to his – Personnel Records from the First World War – www.bac-lac.gc.ca/eng/discover/military-heritage/first-wo…

The Hilton family immigrated to Canada in 1905/06. On the 1911 Canadian census Louis Hilton was living in Wattsburg, B.C. with his wife Rebecca and their three children (James, Florence & Leonard). He was working in the S & D factory as a woodworker with his son James. On his 1916 – records from the First World War – his occupation is listed as "mill hand" and his signature matches perfectly with the signature on this postcard. 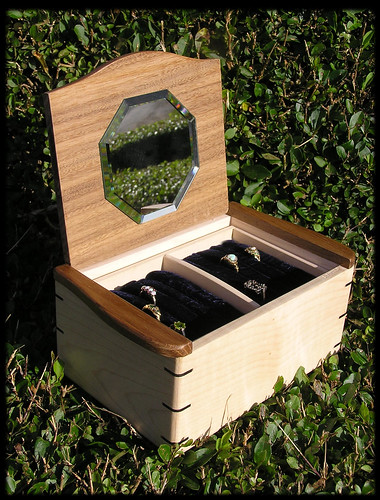 At last I’m back to the workshop after a break following an incident involving woodturning, inattention, blood, stitches and bandages.
This is the result; a jewellery box in sycamore and something I scrounged that’s mahogany-like. Corners simply mitred and strengthened with slip-feathers. 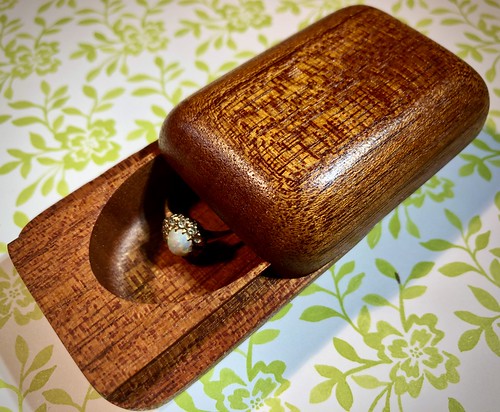 This is a little ring box I made from a chunk of mahogany that I reclaimed from the scrap bin at Ye Olde Day Job. It’s actually one of several that I’ve made over the years from a variety of woods that flow through my workshop. I’m always amazed, though, at the complex character of mahogany’s grain once it takes on a finish (in this case, an oil and wax mixture, followed by several applications of shellac). I hope I wouldn’t be out of line in mentioning that I sell boxes like this and a variety of other woodcraft at my online shop (smilemoon.etsy.com). 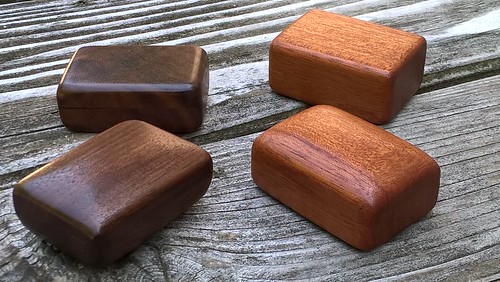 It’s about time I made some more of these. This is the first run of these little beauties since last fall. I made some improvements on the fit of the dovetail sliding lids. Also, I have gotten away from simply boring out the storage space with a large drill bit, and have moved toward routing out a graceful elliptical space using a template I developed specifically for these boxes. I’m also starting to go a little more free-form with the shape on some of the lids. The finish, as always, is a combination of bees wax, carnauba wax, and mineral oil, with a final lacquer seal. For this batch of boxes, I’m using mahogany, walnut, and figured walnut. Enjoy!