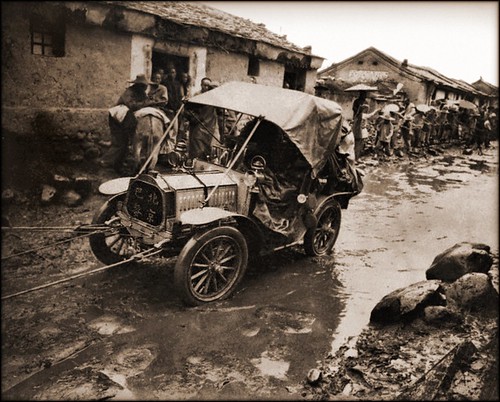 In one of China’s oddest events, the European penchant for racing about the world once produced a contest that included the Qing Chinese capital as its starting point.

The Peking to Paris Race of 1907 was a spectacle for both Chinese and European observers alike, and involved a distance of over 8000 miles. The prize was just one single bottle of Mumm’s Champagne, not much in monetary terms, but obviously the winner will have had tremendous crowing rights. The idea initially sprang from a public challenge (behind 1st spoiler) issued by French newspaper Le Matin (1883-1944), with an initial response of 40 entries. However, it was thereafter officially canceled as only 5 teams were able to ship cars and appeared at the schedule start point in Peking. Nonetheless, the small group of viable contestants decided to run the race anyway, and the rest is storied history. Since then, there have been various reenactments of this special race, but none has yet retraced the exact route of the original.

"…We ask this question of car manufacturese in France and abroad: Is there anyone who will undertake to travel this summer from Paris to Peking by automobile? Whoever he is, this tough and daring man, whose gallant car will have a dozen nations watching its progress, he will certainly deserve to have his name spoken as a byword in the four quarters of the earth…"

The race was hobbled by the total lack of infrastructure and poor almost nonexistent roads. All the vehicles had to be pulled over muddy obstacles and some were unable to even climb the steep hills, requiring Chinese laborers to be involved at almost every step. One team got lost in the Gobi Desert and nearly died. The race was ultimately won by Prince Borghese of Italy in 62 days. But even his team suffered what seemed to be insurmountable difficulties, as detailed in the following account:

"…The policeman had jumped down. He had not had our experience on the subject of old bridges, and was using his judgment with virgin common sense. He thought it necessary to observe cautiously, to get down into the torrent and look at the planks. He was saying to us : " Wait, wait," and was preparing to reconnoitre. . .

The car advanced on the planks, which trembled, cracked a little, swayed as so many others had done under the weight of our machine. We were not greatly alarmed. Yet during such crossings one always has an indefinable sense of suspense and expectation; one follows the progress of the machine intently, one concentrates upon it the whole force of one’s thought, almost as though one could endue matter in its arduous task with the energies of mind, as if one could help, uphold, push, direct it by the powerful tension of one’s own will. I do not remember that we ever exchanged a word at such times.

The front part of the car had already traversed more than half the bridge. It was drawing near to the inviting grassy bank on the other side. Every danger seemed over. . . . Suddenly we heard a frightful crash. The planks had given way under the weight of the hind part of our machine. They were sinking in, they were drawing us under, the whole bridge was opening out and crumbling. This collapse seemed to us, who were in the midst of it at that moment, almost like a cataclysm. The engine was silent. The car, at the same moment in which it stopped, fell in backwards with a sudden heavy movement, and knocked its body on the broken edges of the planks. Then, continuing its rotation with a continuity which made it impossible for us to grasp the situation, it raised its front wheels up in the air and plunged with its back towards the abyss, and, describing a huge see-sawing movement, took up a vertical position. In this manner it plunged deep into the torrent—to the very bottom of it—carrying all three of us down amid a terrible debris of broken, wrenched, smashed planks and beams. When it had reached such a depth that the main tank was in the water, it still did not stop, but continued its revolution upon itself and turned over. It would have fallen upon the seat, had it not been held up by a beam jutting out above it; and there it remained almost overturned, with its wheels up, and the top of the seat towards the ground, showing only its lamps and its radiator among the debris and the remains of smashed woodwork…"

For anyone that wants to read the rest of the fascinating narrative and see other photographs about this extraordinary transcontinental event, you can freely download (from Google Books) a copy of: Pekin to Paris: an account of Prince Borghese’s journey across two continents in a motor-car, 1908 written by Luigi Barzini (originally in Italian, translated into English), New York, Mitchel, Kennerley.

This outstanding 1961 VW Micro Bus came from the German factory with the very rare option of double cargo doors on both sides. The Oregon-based Caravelle Camper Company, which was one of the first camper conversion companies in the U.S., installed the original camper equipment.

After 35 years of storage, the camper has undergone a complete professional ground-up restoration to like-new condition. 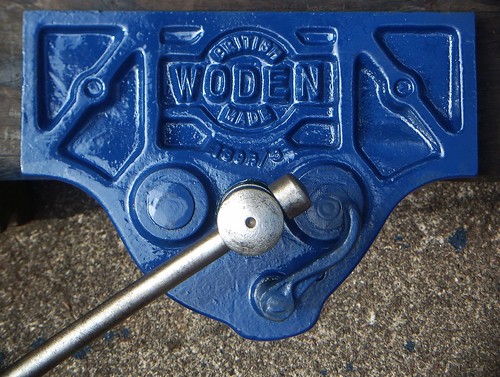