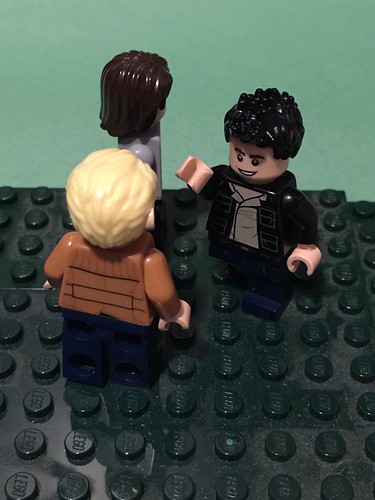 "Well well, if it isn’t Edward Fyers.. The man behind the mirror, as it were. Have to say, I thought you’d be taller." I say, as I sit down in the chair in front of him.

"Reality is quite often disappointing. Anyways, I figured it was time that we met, Red Dart. Also, do I really have to call you that?"

"That’s the only worthwhile name I have, so yea, you do. What is it you want Fyers? I’m a busy woman these days, so this better be worth my time."

"Ah yes, killing one percenters, with Robert Queen, and Cyrus Vanch being your most recent kills. Nicely done by the way.. Anyways, I have a job for you."

"If this is some rival group bullshit, consider me not interested." I snap, just wanting him to get down to business.

"No, nothing of the sort. It’s about this new vigilante that’s come out of the woodwork recently. Maybe you’ve heard of him? What is it, the Hood or something? Anyways, he’s costed my operation millions! Everything I’ve worked so hard to achieve, gone in a blink of an eye."

"You have access to drugs that literally gives you superhuman strength, and you’re scared of someone with a bow and arrow? A wannabe Robin Hood.. Kind of pathetic if you ask me." I can’t help myself from laughing.

"Well, do you want the job or not?" Fyers clenches his fist, almost fuming at this point.

"That depends, what’s his dead body worth to you?" I ask, fiddling with my wrist gun.

" I don’t care how much I have to pay! I just want him dead, now! " His voice echoes throughout the room. Here I thought I’d have to do more negotiating. Guess not.

"See? That wasn’t so hard, now was it? Now, tell me what you know about this Green Arrow"

It takes me about a minute or so of looking around the room, before I spot Tommy. Over at the bar, celebrating his success, as this place is packed! I make my way through the crowded dance floor, with people occasionally bumping into me. One of the girls on the dance floor notices me walking by, and bites her lip, saying something afterwards. I can’t really make out the words, considering the heavy bass of the music, but I give her a smile, and a wave. As much fun as that would be right now, I should probably talk to Tommy. Tommy notices me coming, and wraps up his current conversation, before walking over to me.

"Oliver! Glad you could make it! A little late, but still, I’m glad you’re here. It means a lot."

"Right.. I heard about what happened to your dad. How’re you holding up?"

"I’ll be better after I’ve had a few shots in me. Besides, we should be celebrating! Verdant’s a hit! Bartender, five Rossii Chechnya Vodka’s!" The bartender looks at me confused for a moment, before the lightbulb in his head goes off. He nods, and walks away. He comes back minutes later, with our drinks in hand. I down all four shot glasses within seconds of receiving them.

"I mean, we haven’t really done a proper celebration of you coming back from the dead and all, but still, maybe you should slow down." Tommy suggests.

"You only live life once Tommy! Got to live it to its fullest!" I blurt out, as I wave the bartender over once more. Minutes later, he comes back, with the glasses refilled. But Tommy grabs them before I can reach my arm out.

"This isn’t going to make everything just magically disappear. It’s a temporary solution, to a lasting problem.

"It’s working right now, and that’s what matters! Also, I wasn’t dead Tommy.. I was just o–" I say, slightly slurring my words.

"On a deserted island. Lian Yu.. That’s what you called it, right? Not that you’ve said much else about your time there." Tommy says, interrupting my train of thought.

"Yeah, well, it just brings back bad memories okay? Some things are better left buried. Pretty sure I read that somewhere." I say, my fingers fidgeting.

"Oliver Queen, reading?! That’s shocking, honestly. In your short-lived college years, you read a grand total of one book. The Odyssey."

"Ah yeah, those were the days." I say, remembering simpler times.

"Thomas King? I was wondering if you had any fulltime openings here." A brunette asks as she sits down in the seat next to Tommy.

"No need to be so formal. You can just call me Tommy. Anyways, what’s your name?"

"Thea." She replies, tapping her fingers nervously on the counter. She wasn’t nervous just seconds ago.. Strange.

"Huh, interesting name. Well Thea, if you’d follow me, we could talk about this further." Tommy says, standing up, and is about to leave when he leans over.

"Looks like I’ve got some business to attend to. But please, just think about what I said, alright? "

"Yeah you do!" I say, smirking, to which he just rolls his eyes. "Oh and Tommy?"

"Thanks for the free drinks!" I say giving him a thumbs up.

"Sorry Ollie, but those aren’t free. Besides, I know where you live, so don’t think about skipping out on your tab." He says with a hearty laugh, before leading Thea out of the room. So now I’m by myself, once again. Against better judgement, I keep the drinks coming. There’s Tommy’s voice in my head, telling me to stop, but I don’t.