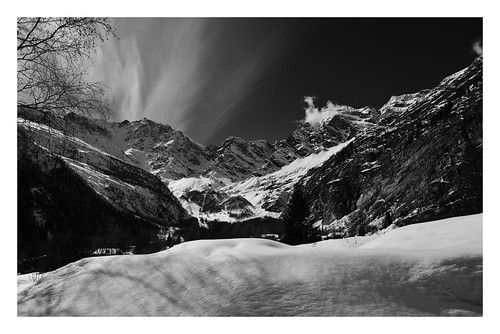 The mountains were formed over tens of millions of years as the African and Eurasian tectonic plates collided.
The Alpine region has a strong cultural identity. The traditional culture of farming, cheesemaking, and woodworking still exists in Alpine villages, although the tourist industry began to grow early in the 20th century and expanded greatly after World War II to become the dominant industry by the end of the century.

Do not use my works without my written permission! a rework of an image taken last Autumn. Not getting much joy with the camera at the moment. I have had a major computer issue causing the loss of some of my favourite work this year and feeling a little cheesed off as a result. Had a look at some of last years Autumn images to try and rekindle my enthusiasm for the weeks ahead.