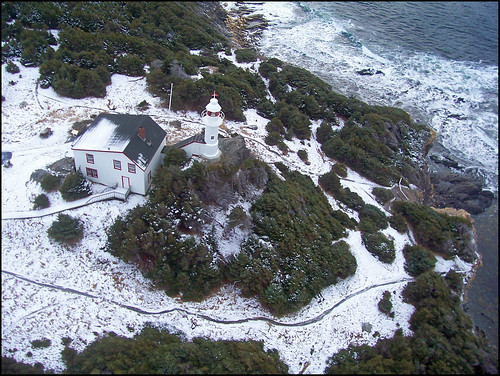 When I was 12- 15 years old I loved to fly kites. The kites I flew at that time I designed (nothing fancy, I can assure you) and made myself. My brother, who was older and did quite a bit of woodworking, usually cut the thin wooden strips for me on a table saw. The rest of the construction was all mine … attaching the strips in the pattern I wanted, notching the ends of the strips, stretching a thin cord around the perimeter of the kite in those notches, cutting a piece of brown paper (the type the general store used to wrap the things you bought there … no plastic bags then … not many paper ones either 🙂 ] about two inches larger than the shape of the kite, folding the extra two inches over the cord and gluing it to the inside surface of the kite.

Well, it wasn’t actually glued. I should correct something I said earlier, too. The rest of the construction wasn’t actually all mine. Glue … you know, the white or yellow stuff that is so readily available today, wasn’t then. Powdered hide glue that you mixed with water that my brother used in his woodworking was about the only thing available and I didn’t use (or wasn’t allowed to use that) so my mother usually mixed me up a flour and water paste. Worked like a charm on that brown paper, too!

Then, came the tail … long thin strips cut from a burlap bag and tied together … sometimes, sheets from an old Sears or Eatons catalog scrunched together in the middle and attached to a cord with a couple of half hitches … a number of those spaced about a foot apart. Then the whole thing … burlap strip or paper on cord … was attached to the bottom of the kite with a two line bridle. Getting that tail the right length was crucial to getting a good flier, but even more important was making sure the main bridle (three short lines each attached to the top of the kite in a separate place and then joined in one place) to which the kite line was attached was angled just right.

They might have been crude kites in comparison to today’s but they provided hours of enjoyment … TV was non-existent, the Internet was not even a figment of someone’s imagination, and radios ran on a battery almost the size of two car batteries. Heck, I’m old! 🙂 Just kidding! About being old, I mean … not the other stuff. If you fly a kite, you’re definitely not old!

A five foot hexagonal kite I had made and was flying one windy day in March one year from a rather nice little hill called the Lookout was much too large for me. I was flying it from a full cod jigging line (if you’re from this place you’ll know what I mean) … had it right out to the end … and was sitting on the reel when it got away from me. But, with the tail, the line and the wooden reel, it was perfectly balanced … and, I really do mean perfectly! It went down the steep hill I was flying it from …dragging the reel and still flying and caught up for a moment or two in a small boat in the harbour. My friend and I started started to get down there as fast as we could, but before we got very far it broke free from the boat, sailed across the strait to the other side … the wooden reel dragging over the water … crossed over a small, shrub covered island, crossed another body of water … still up, mind you … started to go over another island … there were really large hills on this one … it went up the side of one of those hills, almost made it to the top where it hooked up in a tree and stayed up! ( A total distance from where I had been standing … sitting 🙂 … of about 2.5 kilometers … 1.5 miles) Stayed up that evening, that night and part of the next day! I’m not making this up!. That really happened! So, help me God!

So, perhaps you can see where my love of kites comes from. Anyway, this shot was taken from a kite. A nine foot Delta … store bought 🙂 … carrying my old point-and-shoot 4 megapixel Kodak CX7430. Two model airplane servos … one to rotate the rig from a picavet cross 360 degrees in 30 degree increments and another to press the shutter button every 5-10 seconds or so. Fun stuff! Really!!! So you see, if you get upset with me, no good to tell me "Go fly a kite!" I’ll only be too happy to do so. I just hope there’s enough wind. 🙂

I’ve found that this is a tough little lighthouse to get a good shot of. I’ve photographed it a number of times before … I actually have two of it in my Lighthouse set (Into The Light and Mountain Snow, Ocean Breezes)… but now it gives me trouble no more!