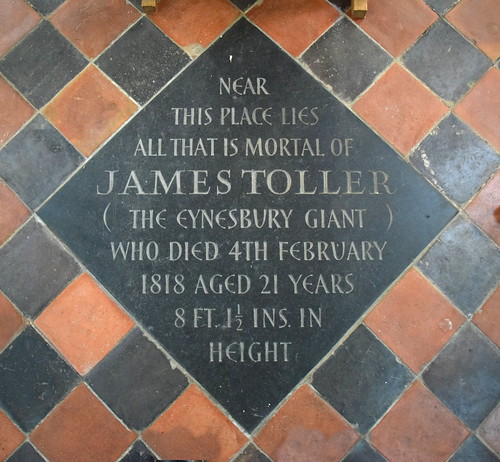 And so to the last parish church in Cambridgeshire. It could be said that it has taken me longer to complete this county than any other, because I was first taken into a Cambridgeshire church to be baptised fifty-seven years ago at the age of two months. Be that as it may, I started visiting the Cambridgeshire churches in earnest about four years ago, partly as a result of an enthusiasm for family history. More than thirty Cambridgeshire parishes and their churches were homes to my ancestors of the last four generations. Here, they were baptised, married and sent on their final journey to the grave.

Cambridgeshire is a curious county. A pleasing parallelogram in shape, stretching some forty miles from corner to corner, it has only existed in its present form since 1974, when it was created by the union of the two short-lived counties of Huntingdon & Peterborough and Cambridgeshire & the Isle of Ely. These had been created in their turn in 1965 out of four smaller counties, these being Huntingdonshire, the Soke of Peterborough, Cambridgeshire and the Isle of Ely. The Isle was returning to its status of before the 1890s, when it had been hived off from Cambridgeshire for administrative purposes. Before the 1890s, the Soke of Peterborough had been a part of Northamptonshire. Still with me? Good. The 1974 iteration of the county took in a single parish each from Bedfordshire and Essex, and then in the 1990s lost one parish to Suffolk.

It all sounds a bit of a hotchpotch, and yet it seems to work. Of all the amalgamated counties created in 1974, Cambridgeshire is the only one which has survived by public will. Avon and Humberside have been consigned to history, Leicestershire broken up again into its constituent parts. But in Cambridgeshire, the former county of Huntingdonshire has been allowed to survive as a local government district, as has the Soke of Peterborough which continues in expanded form as the Peterborough unitary authority.

The cities of Cambridge and Peterborough have both expanded spectacularly since 1965, and the county is the only non-metropolitan area to have an elected mayor directing millions of pounds to development projects. The population of about a million is split more or less half-and-half between urban and rural settings. The west and south of the county are very prosperous, but the Fenland district in the north-east has deep pockets of poverty, as do the cities of Cambridge and Peterborough.

I spent the first twenty years of my life in Cambridgeshire, most of it in Cambridge, and it is still hard not to think of it as home. And so this has given a special resonance to my journeys around the county. Cambridgeshire’s churches are not spectacular. Indeed, it is hard to identify a particular Cambridgeshire style at all, other than a liking for octagonal tower tops, and they are not so very plentiful. But Cambridgeshire shares borders with more other counties than any other English county, and the churches near those borders tend to take on the characteristics of the other county – big, marshland churches up near Norfolk and Lincolnshire, small, homely churches down towards Hertfordshire and Essex, grand Perpendicular churches by the Suffolk border, while west of Huntingdon the spired churches merge seamlessly into their Northamptonshire counterparts. Strikingly, Cambridgeshire’s very best churches are pretty much all near a border with another county.

Of course, the county has two major medieval cathedrals at Peterborough and Ely, as well as a collection of college chapels in Cambridge, some of which are medieval in origin, including the spectacular chapel of King’s College, as good as a cathedral. I have included these on my journey, so by the time John and I got to the St Neots suburb of Eynesbury at a quarter to four on a late autumn afternoon I had already visited 314 Cambridgeshire churches. St Mary at Eynesbury would be the final parish church.

We hadn’t meant to be so late. We’d arrived in St Neots at about two o’clock, ready to visit the three town centre churches, all of which before 1965 served separate towns. If Cambridgeshire is an odd amalgam, then St Neots is odder still. Five towns and villages merge into each other in the south-west corner of the county to form St Neots, which, with more than 40,000 people, can claim to be ‘the largest town in Cambridgeshire’ (Cambridge and Peterborough both being cities of course). The parishes of St Neots town and Eynesbury form the town centre, with the parish of Eaton Socon on the opposite bank of the Great Ouse, and Eaton Ford, which forms a part of the parish, to the north of it. Little Paxton, the poshest parish, keeps itself slightly at arms length, but again only by the width of a river. The Bedfordshire border runs along two sides of the town, and indeed, until 1965 parts of the town were in Bedfordshire.

All three medieval churches in St Neots town centre are big, and all three are dedicated to St Mary, which can be the cause of some confusion. St Mary at St Neots and St Mary at Eynesbury are just a couple of hundred yards apart, separated by a small bridge, while St Mary at Eaton Socon sits half a mile or so to the south-west of them. The Eaton Socon church is heartily Evangelical in character, but the Eynesbury and St Neots town churches are both in the Anglo-Catholic tradition, and I am hard put to think of two other such High churches so close together, especially in a small town, and considering that they are in separate benefices.

We had found the Eaton Socon church locked. The sign seemed to suggest that if you tipped up in the morning on a weekday you might find the adjacent office open, and presumably they just might let you into the church, though as spectacular as the Perpendicular exterior is there would not be much to see, as the church was gutted by fire in 1930. The only old thing left is the font. Still, this was our thirteenth church of the day, and the first one we had found locked, so we weren’t too disappointed.

We headed off and parked near the Eynesbury church. This was also locked, but there was a keyholder notice, so I rang him up. He seemed a little surprised, but told us he’d be coming down in about an hour’s time, would that do? I said it would. We walked the short distance up to the St Neots town church, which was open of course, as it is every day. Another big, spectacular Perpendicular church, but not enough inside of it to fill an hour, so we drove out to Great Paxton and its late Saxon church, which John had not visited before, and then back into town to keep our appointment.

Eynesbury church is big, though unlike its two sisters it is largely Early English in origin, with earlier arcades and later aisles. The tower was substantially rebuilt in the 17th Century, and looks it. The tower is most unusual in that it is set against the most easterly bay of the south aisle of the nave. The nave extends westwards to the street line, which is also against the north side, and so this explains the tower’s position. Of the three churches, this is the most urban in appearance, and would not look out of place in the centre of Cambridge.

The Early English interior is at first rather dim, for as at St Neots, this church was almost entirely glazed in the 19th Century with coloured glass, much of it by Hardman & Co. But, although the nave is almost as wide as at the other church, it does not feel like a barn. Rather, the lower roof and the dusty furnishings give a sense of clutter, though not in a bad way. This is a rough and ready church which has shaped itself to the needs and desires of its parishioners over the generations. Arthur Blomfield led the 19th Century restoration, and his familiar atmosphere lies heavily here. The view east is to the great rood, the 1933 work of Albert Richardson who had just finished restoring Eaton Socon.

I was pleased to discover that what I had taken for reticence in our host turned out to be a cheerful dryness. He was very welcoming, answered our questions, but left us just to wander around as he pottered about. I asked him about the Anglo-catholic tradition of the two churches. He didn’t seem to think it was unusual to find two urban churches in the Anglo-Catholic tradition so close together, which I found strangely reassuring. "We like to think we’re just that little bit higher than that lot up the road," he observed. I asked him how to pronounce Eynesbury (I have always rhymed the first syllable with lines). "Well, we call it Ains-bury," he said, "though I don’t know if that’s right."

Still we wandered. The 17th Century pulpit was declared unusually beautiful by Pevsner’s revising editor, and he’s right, the effect partly the result of its resetting on an elegant stem in the 1970s. Other woodwork includes the best medieval bench ends we had seen all day, carved with animals including pigs, bulls and a camel. Some of them appear to have been adapted and added to rather crudely, perhaps in the 17th Century. Could this have been an attempt to repair the results of iconoclasm? If so, it would be interesting to know what was there before.

In the middle of the nave is a modern memorial slab to an Eynesbury parishioner who died two hundred years ago. James Toller was just twenty one years old. What makes him remarkable is that he was one of the tallest people who have ever lived. Near this place lies all that is mortal of James Toller (The Eynesbury Giant) who died 4th February 1818 aged 21 years, 8 feet 1½ inches in height. James Toller was born in the road beside the church in 1797. Tall from an early age, in his teens he was exhibited in London and presented to the Russian Tsar. He was toured throughout Europe with a Dutchman called Simon Paap who was only twenty eight inches tall.

The good people of Eynesbury seem to have treated James cheerfully as one of their own, but his widespread fame eventually made it impossible for him to live a normal life, and, as his health deteriorated, he spent his last years behind the high walls of the rectory garden. He was buried inside the church for, it was claimed, a bounty of £20 had been issued for his corpse by dissectionists. In his lifetime a height of eight foot six was claimed for James, but a measurement of his skeleton when it was reburied after the 19th Century restoration of the interior gave a truer measurement, which was still remarkable.

And so, that was it, the last parish church in Cambridgeshire, a suitably quirky place for a quirky county. There are still plenty of non-conformist chapels to visit, as well as the chapels of cemeteries, colleges and other institutions of course. But for now, the satisfaction of a job completed accompanied me as we headed back to Ely station.