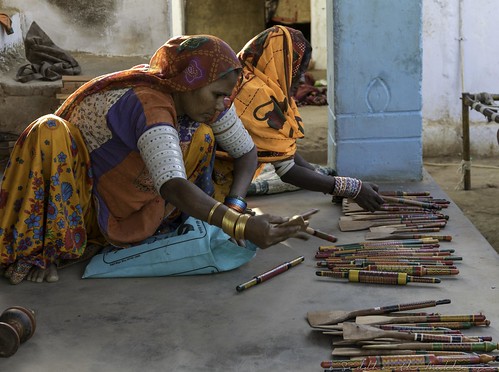 Wood carving of Kutch is part of a larger, confluence of cultures linked across the Thar Desert. The Desert encompasses a unique cultural complex, inclusive of Sindh in Pakistan, Barmer and Jaisalmer in Rajasthan and the Rann of Kutch in Gujarat. The area has creative unity partly due to a common physical environment and partly because of the collective ethnic fabric of the area. Traditional carved wood can be found in all of these areas, and is linked by common design though each region brings a unique flavor and attitude to their motifs. The carved designs in wood are evocative of the motifs found in the embroidery styles of the region. They are also embellished with mirrors which further simulates the embroideries.

The Raos (kings) of Kachchh patronized craftsmanship from far and wide, and wood carving was no exception. They commissioned beautiful carved works, like the inlaid door in at Aina Mahal.

The migrations of the Bhatias and Jains brought new tastes and designs to Kachchh from far-flung parts of India. For the execution of woodwork, in these imported styles, Gurjar carpenters from Gujarat and Maru carpenters from Rajasthan were brought to Kachchh. The Hindu Suthar mainly worked under the patronage of communities such as Rajputs, Brahmins, Bhatias, Lohanas or Jain and Hindu Banias, fashioning intricately carved wooden columns, pillars, balconies, ceilings, pigeon-houses, doors and windows with ornate floral motifs, birds, animals and human figures.

The Suthar and Harijan communities continue to make these intricate works of carved wood art today, selling most of their stock to local markets. Wood carvers have tie ups with outside traders but these are considered secondary markets. Traders give reasonable prices to the wood carvers and also bear the cost of transporting finished goods. Many wood carvers see a need to meet new markets and to scale their businesses, which are in danger of becoming stagnant by sticking by a standby market and using the same motifs alone without adaptation.

Lac, a material taken from insect resin, has been used in Indian craft for centuries. Coloured lacquer is applied to wood by heat through turning with a hand lathe. In the process, the artisan maneuvers the lacquered colors to create patterns by hand in kaleidoscopic designs. This form of lacquered patterning is found only in Kachchh.

The Vadhas are a nomadic community that moved throughout Kachchh through villages like Nirona and Jura. They collected natural stones and colors from forests, created lacquer goods, and bartered them with the Maldhari community, who they had close ties with. 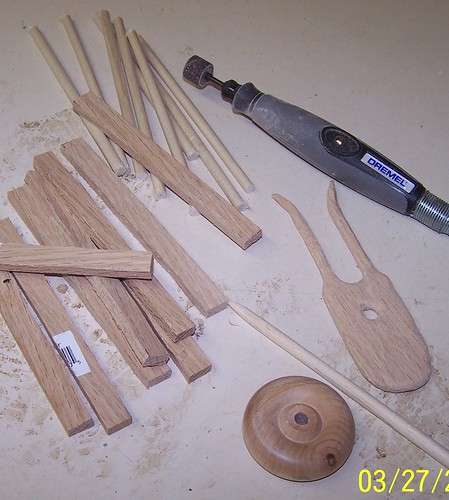 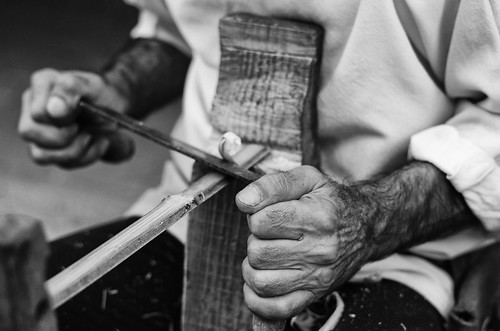 Don’t use this image on websites, blogs, facebook or other media without my explicit permission. Copyright © Claudia Merighi-Lamerighi All rights reserved 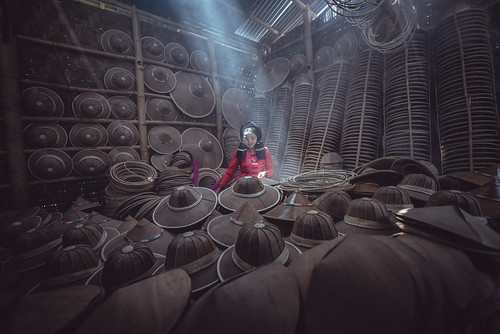 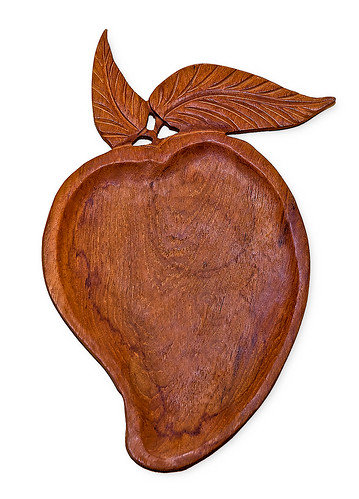 The Carving wooden tray of mango isolated on white background