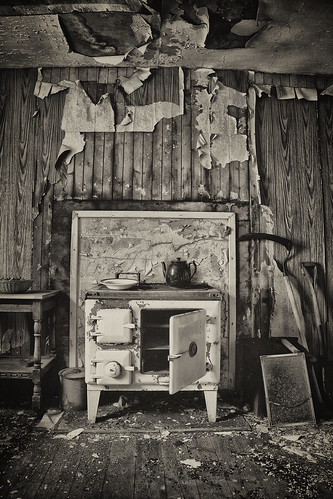 I took this photograph about four years ago while on a photographic trip on the beautiful Isle of Harris, the outer Hebrides Scotland. For those of you have never visited the island, I would highly recommend you do. The island is absolutely stunning, and so peaceful, especially in the winter, when this picture was taken. The beaches are breathtaking with exotic-sounding names like Talisker Beach, Sound Of Sleat Beach, Claigan Coral Beach, Bearreraig Bay. Personally, I think the depths of winter is the best time to visit any of the Outer Hebrides Islands. For one thing, the light is more dramatic and subdued for taking landscape photographs, and the islands are deserted of tourists.

In the winter you can quickly drive around the island as there is hardly any traffic. There are no parking restrictions to worry about, if you spot something interesting, like a stunning view or impressive building, you can just pull over and stay as long as you want. Another, curious thing about the islands is they are scattered with derelict croft buildings that have been abandoned and neglected. There are lots of them, you seem to come across one or two every mile or so.

I had great fun photographing several of these buildings, in fact, most of them have their doors unlocked, which is convenient for taking internal pictures. This building is one of many that I was attracted to photograph. The building had obviously been derelict for many years, but even so, there were visible signs of human occupation. I stumbled across many familiar human possessions like an ashtray filled with fag ends, an old newspaper stuffed behind the lavatory pipes, dated 1972, and a kitchen table with knives and forks laid out, and oddly an old half-used bottle of brown HP Sauce. It was as though a family had suddenly decided to abandon their home, leaving all their possessions behind.

However, it was this kitchen stove that really caught my eye. It was just aching to be photographed, it would have been rude not too. I love the oven, which incidentally was pale blue in colour, and the way it’s surrounded by rotting and decaying woodwork, peeling and flaking paint, also, the teapot and plate still sitting on top of the stove paint a thousand words.