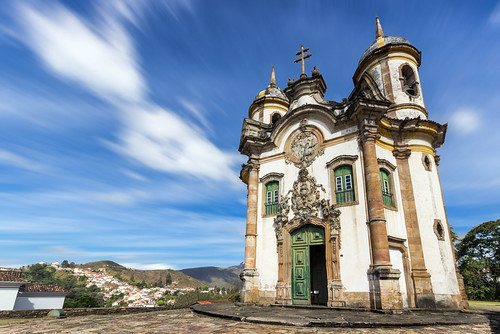 Wikipedia: The Church of Saint Francis of Assisi is a Rococo Catholic church in Ouro Preto, Brazil.

Its erection began in 1766 after a design by the great Brazilian architect and sculptor Antônio Francisco Lisboa, the so-called Aleijadinho, who also designed the carved decorations inside, which were only finished towards the end of the 19th century. The circular bell towers and the oculus closed by a relief were original features in religious architecture of that time in Brazil.

The façade has a single entrance door under a fine stone frontispiece, surmounted by a relief depicting Saint Francis receiving the stigmata. The interior is richly decorated with golden woodwork, statues and paintings, and the wooden ceiling displays a beautiful painting by Manuel da Costa Ataíde on a Marian subject, one of his best works. 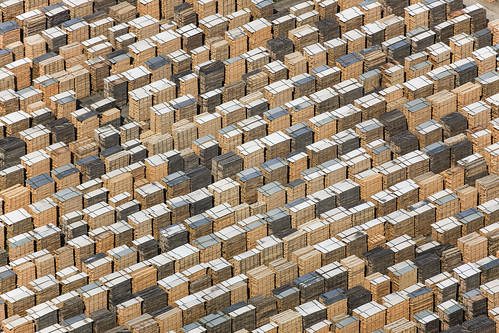 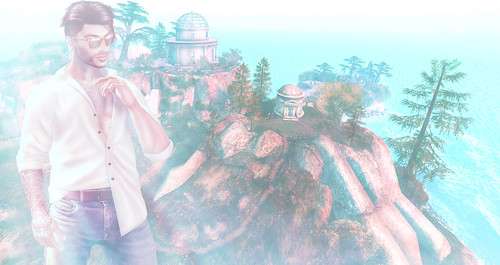 Biltmore Estate is a large (6950.4 acres or 10.86 square miles or 28.13 square kilometers) [also noted as 5,000 acres and 8,000 acres elsewhere on this page] private estate and tourist attraction in Asheville, North Carolina. Biltmore House, the main residence, is a Châteauesque-style mansion built by George Washington Vanderbilt II between 1889 and 1895 and is the largest privately owned house in the United States, at 178,926 square feet (16,622.8 m2)[2] of floor space (135,280 square feet (12,568 m2) of living area). Still owned by George Vanderbilt’s descendants, it remains one of the most prominent examples of the Gilded Age.

In the 1880s, at the height of the Gilded Age, George Washington Vanderbilt II, youngest son of William Henry Vanderbilt, began to make regular visits with his mother, Maria Louisa Kissam Vanderbilt (1821–1896), to the Asheville, North Carolina, area. He loved the scenery and climate so much that he decided to create his own summer estate in the area, which he called his "little mountain escape", just as his older brothers and sisters had built opulent summer houses in places such as Newport, Rhode Island, and Hyde Park, New York. Vanderbilt named his estate Biltmore derived from "Bildt", Vanderbilt’s ancestors’ place of origin in Holland, and "More", Anglo-Saxon for open, rolling land.[3] A portion of the estate was once the community of Shiloh.[4] Vanderbilt bought almost 700 parcels of land, including over 50 farms and at least five cemeteries. A spokesperson for the estate said in 2017 that archives show much of the land "was in very poor condition, and many of the farmers and other landowners were glad to sell."[5]

Construction of the house began in 1889 and continued well into 1896. In order to facilitate such a large project, a woodworking factory and brick kiln, which produced 32,000 bricks a day, were built onsite, and a three-mile railroad spur was constructed to bring materials to the building site. Construction on the main house required the labor of well over 1,000 workers and 60 stonemasons.[6] Vanderbilt went on extensive buying trips overseas as construction on the house was in progress. He returned to North Carolina with thousands of furnishings for his newly built home including tapestries, hundreds of carpets, prints, linens, and decorative objects, all dating between the 15th century and the late 19th century. Among the few American-made items were the more practical oak drop-front desk, rocking chairs, a walnut grand piano, bronze candlesticks and a wicker wastebasket.[7]

George Vanderbilt opened his opulent estate on Christmas Eve 1895 to invited family and friends from across the country, who were encouraged to enjoy leisure and country pursuits. Notable guests to the estate over the years included author Edith Wharton, novelist Henry James, ambassadors Joseph Hodges Choate and Larz Anderson, and Presidents William McKinley, Theodore Roosevelt, Woodrow Wilson, Jimmy Carter, Ronald Reagan, and Barack Obama. George married Edith Stuyvesant Dresser in 1898 in Paris, France; their only child, Cornelia Stuyvesant Vanderbilt, was born at Biltmore in the Louis XV room in 1900, and grew up at the estate.

Driven by the impact of the newly imposed income taxes, and the fact that the estate was getting harder to manage economically, Vanderbilt initiated the sale of 87,000 acres (352 km²) to the federal government. After Vanderbilt’s unexpected death in 1914 of complications from an emergency appendectomy, his widow completed the sale to carry out her husband’s wish that the land remain unaltered, and that property became the nucleus of the Pisgah National Forest.[6] Overwhelmed with running such a large estate, Edith began consolidating her interests and sold Biltmore Estate Industries in 1917 and Biltmore Village in 1921. Edith intermittently occupied the house, living in an apartment carved out of the former Bachelors’ Wing, until the marriage of her daughter to John Francis Amherst Cecil in April 1924. The Cecils went on to have two sons who were born in the same room as their mother.

In an attempt to bolster the estate’s financial situation during the Great Depression, Cornelia and her husband opened Biltmore to the public in March 1930 at the request of the City of Asheville, which hoped the attraction would revitalize the area with tourism.[8] Biltmore closed during World War II and in 1942, 62 paintings and 17 sculptures were moved to the estate by train from the National Gallery of Art in Washington, D.C. to protect them in the event of an attack on the United States. The Music Room on the first floor was never finished, so it was used for storage until 1944, when the possibility of an attack became more remote. Among the works stored were the Gilbert Stuart portrait of George Washington and works by Rembrandt, Raphael, and Anthony van Dyck. David Finley, the gallery director, was a friend of Edith Vanderbilt and had stayed at the estate.[9]

After the divorce of the Cecils in 1934, Cornelia left the estate never to return; however, John Cecil maintained his residence in the Bachelors’ Wing until his death in 1954. Their eldest son, George Henry Vanderbilt Cecil, occupied rooms in the wing until 1956. At that point Biltmore House ceased to be a family residence and has continued to be operated as a historic house museum.

Younger son William A. V. Cecil, Sr. returned to the estate in the late 1950s and joined his brother to manage the estate when it was in financial trouble and make it a profitable and self-sustaining enterprise like his grandfather envisioned. He eventually inherited the estate upon the death of his mother, Cornelia, in 1976, while his brother, George, inherited the then more profitable dairy farm which was split off into Biltmore Farms. In 1995, while celebrating the 100th anniversary of the estate, Cecil turned over control of the company to his son, William A. V. Cecil, Jr. [10] The Biltmore Company is privately held and of the 4,306.86 acres that make up Biltmore Estate, only 1.36 acres are in the city limits of Asheville, and the Biltmore House is not part of any municipality.[11]

The estate was designated a National Historic Landmark in 1963,[12] and remains a major tourist attraction in Western North Carolina with 1.4 million visitors each year.[10]

After the death of William A. V. Cecil in October 2017 and his wife Mimi Cecil in November, their daughter Dini Pickering as board chair and their son Bill Cecil as CEO announced that the estate would continue to be run the same way. The house is assessed at $157.2 million but due to an agricultural deferment, county property taxes are paid on only $79.1 million of that.[10]