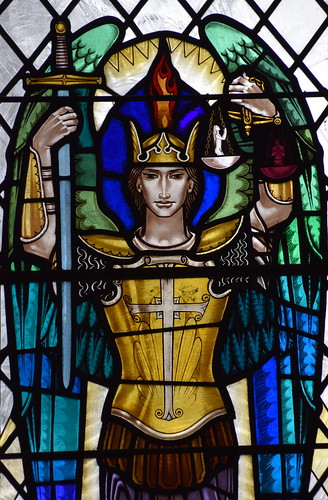 Suffolk has no coast road, and this makes it different and special. There is no ribbon of development, and settlements near to the sea can feel remote from each other. Indeed, is is often quicker to travel by boat than to attempt to reach one from another by road. Further inland, there is another veil of protection, for here is the heathland, and the forests with their millions of trees. Among them are the abandoned American airbases of Woodbridge and Bentwaters, and villages that hide and huddle, sometimes surprisingly large places. Tunstall is one of them.

The church sits on the back road towards Orford. It has a grand tower, but it was struck by lightning in the 18th century. The most recent rebuilding of the top was in the 1970s, presumably replacing the former job, which Cautley thoroughly disparaged. There’s a lovely priest door in the south wall of the chancel. I have a vivid memory of passing this way in the late 1990s and finding it completely and delightfully overgrown with comfrey. To the south of the chancel is a gravestone which supposedly commemorates two smugglers overcome by the fumes of their wares.

The church is long and narrow, but the clear windows, white walls and charming brick floors mean that it is full of light, and are a perfect setting for the creamy woodwork of a superb set of box pews. The west end of the nave is open, creating a sense of space around a prettily-set Purbeck Marble font. On the side of the tower arch, the graffiti includes several boats as they might have been seen on the 17th Century River Deben. The one jarring note in all this is the wedding cake of a pulpit, and yet in a funny way it is not out of place in all this light and space.

The restraint of the nave offsets the beautiful simplicity of the chancel, where the clean, modern sanctuary is backed by an excellent window of the 1950s depicting three Archangels, St Michael in the centre flanked by St Gabriel and St Raphael. A curiously functional maker’s mark reveals that it was designed by E Dilworth, Glazier J Andrews, Painter N Attwood – were they working for the King workshop of Norwich? The window suits this church perfectly, being simple and beautiful.

The war memorial, one of several in this part of Suffolk designed by Munro Cautley, records how many people lived in the parish at the start of the war, how many men went off to fight, and how many died. Most church war memorials should be taken with a pinch of salt, as they often recorded only the Anglicans of the parish, and then only those of whom there was a record, or who still had family in the parish once the turmoil of war had ended. But these statistics have a pleasing verisimilitude, and it is sobering to reflect that, of the 625 residents of Tunstall in 1914, no fewer than 131 of them went off to fight – that’s about half of all the men in the parish. Eighteen of them never came back.

East of Tunstall, the countryside gets wilder, and off in the direction of lonely Wantisden there is a little hamlet, where you’ll find the Tunstall Baptist Church surrounded by a huddle of cottages, as if the early 19th century non-conformists of this parish had set themselves adrift in a lifeboat. To the north, on the bank of the river Alde, the parish contains one of Suffolk’s most famous buildings, Snape Maltings.