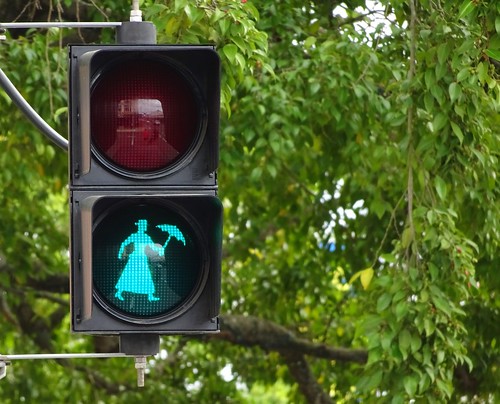 A stroll down Kent Street from Pallas Street.
1. On the left is Queen Elizabeth rose garden.
2. The Dominion Milling Company factory site. Now derelict. The Maryborough flour mill when erected in 1890 was the furthest north in Australia. It was acquired by the Dominion Milling Company around 1910. The distinctive entrance arch was erected in 1915. All operations only ceased in 1977. In more recent years it has been a saw mill and an antiques centre.
3. The old power house from the 1920s when cities like Maryborough had their own electricity generator.
4. The Freemasons Centre.
5. On the right Maryborough High School. Its original grand buildings were opened in 1881 as Maryborough Girls Grammar School.
6. On the left beyond the school oval is Maryborough Boys Grammar School erected in 1881 and the gates erected in 1909. It is now the TAFE campus.
7. The Maryborough Central School. The first school was established in 1862. The grand l two storey building was erected at the height of the European immigration period in 1875. More wooden classrooms were built in 1882 as the infant’s school.
8. On right is the City Hall. Built 1906 in American colonial style in red brick. Australia’s only pneumonic plaque outbreak occurred in Maryborough in 1905. Eight people died and a plaque commemorates that sad event.
9. On the left the School of Arts. 427 Kent St. This grand classical building was designed by Adelaide architect John Grainger. It was completed in 1888 replacing a former wooden school of arts building. In 1972 it was purchased by the City of Maryborough for use as a library. The round windows above oblong windows is unusual. Cost £3,500.
10. On the right. Finney Isles and Co store 1908. The building was designed by the prominent Bundaberg architect, F. H. Faircloth. Alterations were undertaken to the building in 1918 due to the expansion of Finney, Isles & Co business. The building was purchased by Fritz Kinne in 1923 and their name is in the central pediment. This German background businessman was an alderman and twice Mayor of Maryborough.384 Kent St
11. On the left before the next intersection. This was the Stupart’s Emporium built in 1883. No 373 Kent St.
13. On the right. The Royal Hotel. Built in 1868 and given its “royal patronage” authority by Governor Bowen of Queensland in that year. Established in 1856 and totally rebuilt in this classical style in 1902.
14. On left at 331 Kent St. The former Australian Joint Stock Bank built in 1882. Great classical features but the windows are too narrow and spoil the effect. Main facade is on the side street. Its proportions are much better. The author of the Mary Poppins book P L Travers was born in the building in 1899. Her father Travers Goff was the bank manager at the time. She was born as Helen Goff. Her statue is next to the building. Look for the street crossing lights showing Mary Poppins.
14. On the left at 327 Kent St. Built in 1915 as the Queensland National bank. Now known as Woodstock House. Good height, grand pilasters up the sides of the building, fine pediment, Corinthian columns with acanthus leaves at the top, both triangular and rounded pediments above windows, good symmetry. A great classical style building.
15.On right at 310 Kent St is the former Francis Hotel. This was the site of the first hotel in Maryborough around 1852. A second storey was added in 1919 with lots of Edwardian woodwork on the balcony. It closed as a hotel in 1992.
16. On the right next to the hotel is the former stores of Douglas Helsham. Construction began in 1874 and was completed in 1875. Helsham employed a Brisbane architect James Cowlishaw.
17. On left at 297 Kent St. The former Royal Bank built in 1888 with almost some Art Nouveau curves. The architect was Italian Victor Caradini. The roof line pediment is “broken” and now includes the name Monsour. Fred Monsour was a Middle Eastern silk and fabric importer. With his brother they had several stores and warehouses but he name in the cartouche these days refers to Dr Monsour a local medical practitioner.
18. At the very end of Kent Street and to the right is the former Engineer’s Arms Hotel. This strange very narrow hotel between two streets was built in 1889 is Maryborough’s answer to the Flatiron building of New York.