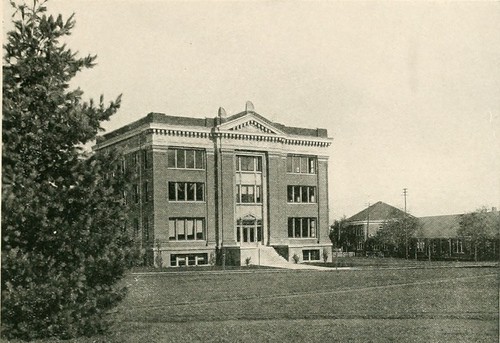 Text Appearing Before Image:
han nothingscience has created self-support. The forces of commerce and even of merchandising have also been promptenough to seize upon the teachings of science, even to the point of obeying thedictates of psychology and economics, neither of which is yet secure in its aspira-tions for scientific accuracy. But both commerce and merchan-The Producer ….. … Has Held Back. (using, m spite ot severe restrictions imposed upon them by legis-lative enactments, have succeeded better under this kind of tute-lage than ever before in the history of trade. Only the producer, more especiallythe farmer, has been indifferent to the warnings and promises of science, or has beenreluctant to put his faith in them. In spite of the most immediate, concrete, andsubstantial assistance on the part of the Federal government, and in spite of a gen-erally favorable attitude on the part of the state and local governments, thefarmer has been last to be reached, last to be moved, and yet last to be given up. 8

Text Appearing After Image:
THE MINES BUILDING, WITH WOODWORKING SHOPS IN BACKGROUND Must BeReached. He cannot be given up. The whole .splendid superstructure of Americancivilization, with its cities, its railroads, its smoking manufactories, its engineer-ing feats, and its prodigies of invention, will collapse in dust at his feet the momentThe Farmer *na* ne ^ans- That is why the helping hand is reached out to him all along the line from the whole height of the nationalcongress and the multi-millionaire to the country bank andthe village commercial club. It isnt charity that prompts this universal con-cern; it is intelligent self-interest, a plain case of ultimate bread and butter. Grant explained very frankly that an army travels on its belly. So does a railroad system, a city council, a merchant marine, and a stove factory. So does all civilization, however complex or refined. Hence the blockade of German ports by the Allies, and the submarine girdle about the TightNcccssi tvfor Food Little Island. Where is S