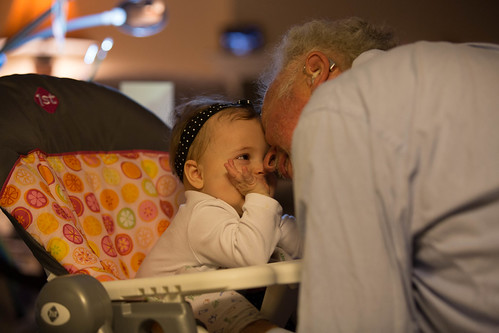 (This will be long and boring.)

There are several problems with this approach. The kits that are commonly available are filled with cheap crap that isn’t well-reviewed. They are usually incomplete — they don’t have food or they have a bare-bones first aid kit or they have no flashlight or whatever. So you can’t buy them and figure you’re Done.

So then you go and search online for how to create your own emergency kit. And good lord the crazies come out of the woodwork. It was then that I realized why this task is so hard: There are dozens of potential goals. It took until I found the site where they were describing how to store enough food for 2 years that I finally defined my goal. It was partially based on the various disasters that I’ve seen in my life, which are typically of the variety where you are without power for a week, or you are temporarily relocated to a FEMA camp or the like.

So the goal: Comfortably live at home for 7 days without power and without leaving the house; or have a pack to make life in a temporary FEMA camp more bearable.

* We have a pretty small house. We can’t afford to store a ton of shit Just In Case.

* This stuff all has expiration dates. It mostly needs to be stuff that we can use eventually if there is not an emergency.

* The disaster in question could be any of the various things that could affect the NW: Tsunami and earthquake seem like the things to be most worried about, but it could also just be a bad winter that shuts the city power grid down like I saw in Spokane in the early 90s with "Ice Storm."

One central question while preparing this guide was: How likely is it that we would not have this item on-hand, or how likely is it that we would have to leave so quickly that we wouldn’t be able to round up things around the house. I figured foodstuffs are heavy, and we typically have several days worth of food around anyway, so I opted to avoid trying to purchase canned or dried food for the kit. Instead, I purchased three days worth of true emergency rations: www.amazon.com/gp/product/B008DEYAZ6/ref=oh_details_o05_s…

We have two 24-packs of bottled water from Costco. (By far the bulkiest thing we are storing.) Additionally, we always keep bleach on-hand. I printed out instructions on how to sanitize water for drinking (www.csgnetwork.com/h2oemergencypurifycalc.html). The idea is that in the event of an earthquake that might damage water lines, we would fill a bathtub with water and gradually sterilize usable portions of it with bleach over the following week. (This strategy is straight off the ready.gov website, btw.)

I bought formula for Nora. Keeps for 2 years in its tin. We always have bottles at home.

We almost always have a week’s worth of Abbot food. Window of risk is an issue here but it’s not major. He can subsist on canned people food for a while if absolutely necessary.

We always have diapers at home. I bought an extra pack to keep in the closet for emergencies. She wears size 3 now and we have size 3 and 4 in the closet. We buy wipes at Costco 1,120 at a time.

We always have enough toilet paper, soap, and paper towels. Window of risk is low.

A wrench to turn off the gas pipes outside.

A good first-aid kit. We have the kits in our cars but nothing, for instance, with blood-staunching powder.

I am considering packing paper and/or plastic utensils, spare clothes, and extra toys for Nora, but these are things we mostly have already.

The kit, which is in a plastic box in a closet downstairs, also holds: Two boxes of strike-anywhere matches; two small cans of propane for our camp stove; a converter that allows that stove to use propane from the larger tanks we have for the grill; duct tape and plastic sheeting to temporarily replace broken windows; copies of important family documents; instructions for first-aid stuff and sanitizing water with bleach.

This has been kind of a Thing. It’s cost a fair bit of money. But I’m happy with it, and I think it will serve my purpose. In many ways, I am my father’s son.